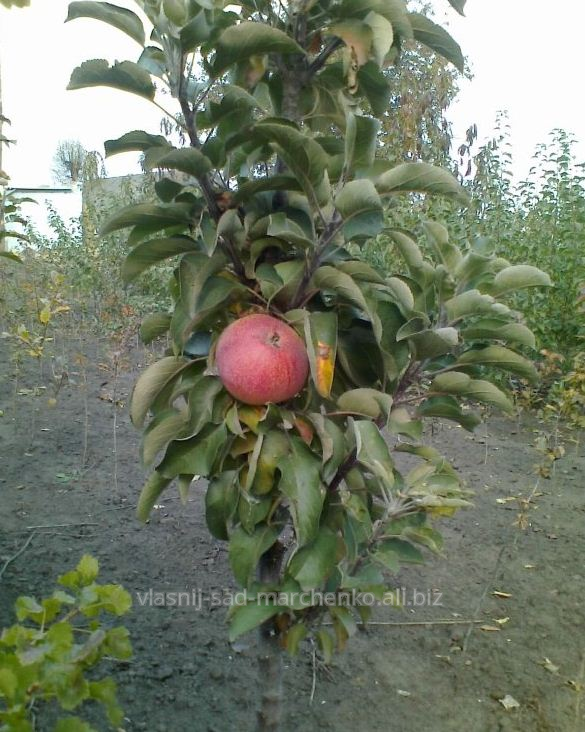 The krone yarusnost was accurately expressed: the first tier from 5-6 branches in a verticil, the second from the first at distance of 23-28 cm from 5 branches. As much branches in the third tier remote from the second on 47-52 cm. Further the conductor follows.

Branches are put at an acute angle, i.e. grow piramidalno. Thickness of branches in a tier from 1 to 2,5 cm at the basis, the conductor of 3-3,5 cm. Placements of a harvest on a tree on average 20%, is as follows: on a trunk, on branches of the first order — 31%, the second — 33% and the third 16%. Fruits are mainly put on kolchatka, single on kopyeets and fruit twigs.

The harvest in round figures made 7 kg from a tree (taking into account fruit drop within 8%).

It is necessary to pay attention that fructification under our conditions on a trunk does not prevail. It concentrates on branches of 1 - 2 orders. It in the course of growth demands good leaving and timely removal of the amplifying level branches. Them it is necessary to leave no more than 2-3.

These can reach addition of the nezagushchenny, better lit krone. It is necessary to notice what a himoobrabotok was not conducted, the disease of a scab and mealy dew was not observed, and existence of a fir seed moth was not menacing. It is visible according to the accounting of fruit drop. Fruits fell down both from damages by a fir seed moth and from flaws. 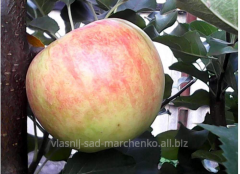 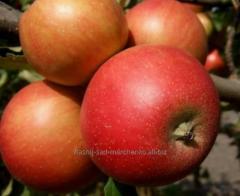 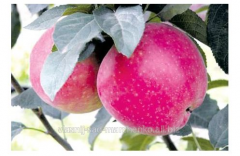 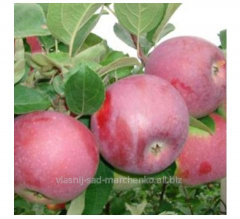 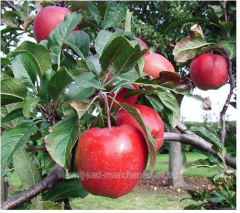 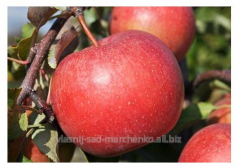 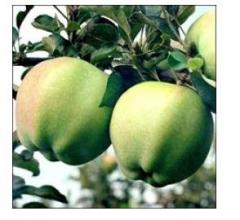 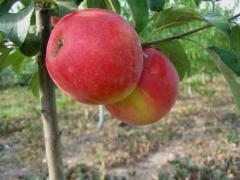 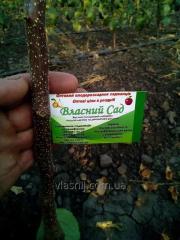 Saplings of apple-trees
In stock
50 UAH

Apple-tree kolonovidny KV-102 in other languages